There Are Only 2 Religions In The World – Which One Is Yours?

There Are Only 2 Religions In The World – Which One Is Yours?

(The post below was first done in June of 2013. Because of a great conversation with two kind sheikhs and other Muslim men at a mosque, I thought it would be good to repost it. I hope it is thought provoking as you seek truth in this life and what we all want in the future – Paradise.) 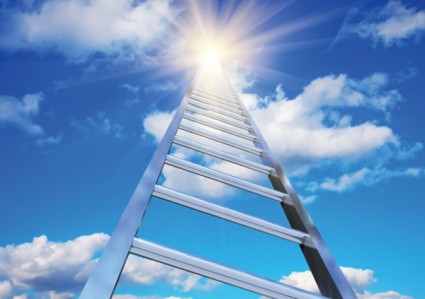 In this illustration, most of humanity attempts to “climb the ladder” to Heaven by right beliefs, good intentions, obedience to all kinds of rules, and the faithful practice of all kinds of rituals. The adherents of this religious belief system believe if they can just do enough, they can tip the divine scales and God will let them into a place of bliss, perfection, and rewards.

Those who depend upon good works might call themselves “Buddhists” (using the 8-fold path of enlightenment) or “Hindus” (reincarnation – coming back over an over again in some new form), or something else. They might call themselves “Muslims” (practicing the 5 pillars, attendance at the mosque, memorizing the Qur’an, following the Sunnah, etc.) or “Christians” (going faithfully to “church,” practicing the “Golden Rule,” singing in the choir, reading the Bible, etc.).

A legitimate question about all of these people is,

“What – or who – are they counting on to gain Paradise when they die?” 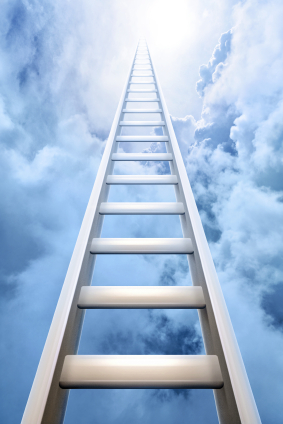 In the second religious belief system, we can also use the illustration of a ladder between earth and Heaven. But in this faith system, God in Heaven looks down upon humanity and lovingly sees that people simply cannot “climb the ladder” and get to Him. None of them can. All are helpless, all are hopelessly lost, and all are in need of rescue. All are in deep shame and in need of their honor to be restored.

So God sends His mercy and compassion down the ladder through His prophets. He does this especially and uniquely through Jesus – Isa Al Masih. The prophet Isa – spotless and sinless (Qur’an 19:19) – takes upon himself the sins and shame of the whole world through the voluntary sacrifice of his life. He provides restored relationship with God in Heaven, forgiveness of sins, and the honor that all people need and crave.

This is indeed Good News but. . .there is a big IF: mankind must believe in Isa (Jesus the Messiah) – who he is and what he has done – and follow him to the end.

Grace is simply receiving (accepting) by faith a gift that cannot be earned. In this case, the gift is the gift of forgiveness of sins and righteousness (right standing) before God and then the resulting gift of eternal life in Paradise.

So yes, I believe there are only 2 religions in the world.

Which one is yours? 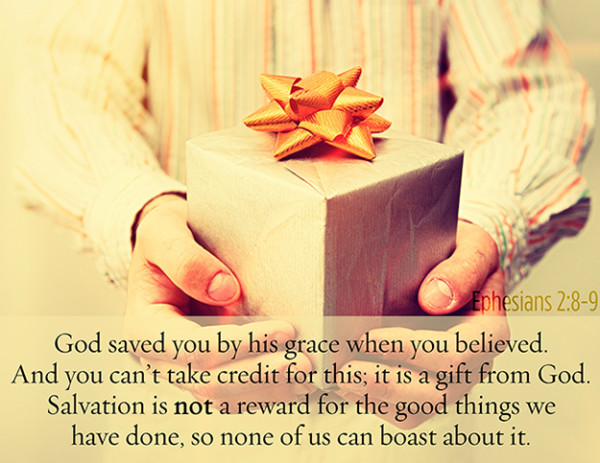 (Postscript: All I want – all I passionately want – is for all people to see Isa Al Masih – Jesus – for who he is. I desperately want all people to put their complete trust in him and his sacrificial death so they can live forever in Heaven with God who certainly is full of genuine, undeserved mercy and compassion. If I can help anyone to find and follow that straight path, it is my complete joy, privilege, and honor.)