If Isa – Jesus – Didn’t Die, Who Was That Man That Came Out Of The Tomb? (Is There Evidence For Jesus’ Rising From The Dead?)

If Isa – Jesus – Didn’t Die, Who Was That Man That Came Out Of The Tomb? (Is There Evidence For Jesus’ Rising From The Dead?)

Two days ago, Christians all over the world celebrated “Easter.” Sadly, when you do a google image search using the word “Easter,” you will see mostly images of little rabbits, eggs, and spring flowers!

Do I believe Jesus was actually crucified and rose from the dead as the Bible claims?  Well, as a first century preacher stated in a letter to early Christians:

What this means is, I am basing my belief that I will go to heaven solely, completely, and emphatically on 2 events that I believe to be entirely historical:

Is there any evidence that Jesus rose from the dead?

In this blog post, I quote a speaker and author, Josh McDowell, regarding evidence for the resurrection of Jesus from the dead.  (By the way, it is important to note that McDowell did not grow up as a Christian.  He did not believe, rather, he was an atheist – until he began a very intense search for himself about who Jesus really was.)

The body of Jesus, in accordance with Jewish burial custom, was wrapped in a linen cloth. About 100 pounds of aromatic spices, mixed together to form a gummy substance, were applied to the wrappings of cloth about the body. After the body was placed in a solid rock tomb, an extremely large stone was rolled against the entrance of the tomb. Large stones weighing approximately two tons were normally rolled (by means of levers) against a tomb entrance.

A Roman guard of strictly disciplined fighting men was stationed to guard the tomb. This guard affixed on the tomb the Roman seal, which was meant to prevent any attempt at vandalizing the tomb. Anyone trying to move the stone from the tomb’s entrance would have broken the seal and thus incurred the wrath of Roman law.

So. . .what are the evidences for the resurrection of Jesus from the dead?

EVIDENCE #1: THE BROKEN ROMAN SEAL
The first obvious fact was the breaking of the seal that stood for the power and authority of the Roman Empire. The consequences of breaking the seal were extremely severe. If the responsible people were caught, it meant automatic execution by crucifixion upside down. People feared the breaking of the seal. Jesus’ disciples displayed signs of cowardice when they hid themselves after his death and certainly would not have had the courage to fight off Roman soldiers, break the seal, and steal his body.

EVIDENCE #2: THE EMPTY TOMB
The disciples of Christ did not immediately go off to Athens or Rome to preach that Christ was raised from the dead. Rather, they went right back to the city of Jerusalem, where, if what they were teaching was false, the falseness would be evident. The empty tomb was “too notorious to be denied.” Paul Althaus states that the resurrection “could have not been maintained in Jerusalem for a single day, for a single hour, if the emptiness of the tomb had not been established as a fact for all concerned.”

If the resurrection claim was merely a lie – some kind of hoax – the Jewish authorities would have lost no time in producing the body of Jesus from the tomb, thus effectively quenching for all time any rumor of his resurrection. 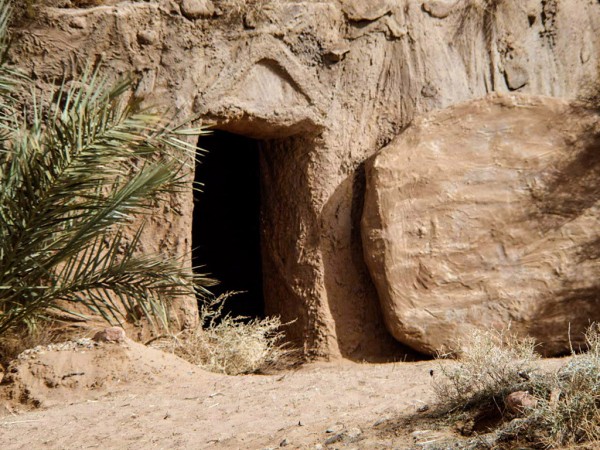 EVIDENCE #3: LARGE STONE MOVED
On that Sunday morning the first thing that impressed the people who approached the tomb was the unusual position of the one and a half to two ton stone that had been lodged in front of the doorway. All the Gospel writers mention it. Now, I ask you, if the disciples had wanted to come in, tiptoe around the sleeping guards, and then roll the stone over and steal Jesus’ body, how could they have done that without the guards’ awareness? 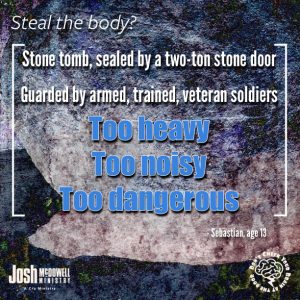 Two of the most amazing appearances of Jesus after he rose from the dead are recorded in the Injeel, John 20:19-31. In the second appearance, one of Jesus’ disciples put his fingers into the imprint of the nails in Jesus’ hands and then made one of the most stunning statements of all time as he said these words to Jesus:

EVIDENCE #5: LIVING WITNESSES YEARS LATER
The New Testament accounts of the resurrection were being circulated within the lifetimes of men and women alive at the time of the resurrection. Those people could certainly have confirmed or denied the accuracy of such accounts. They were still alive and could be questioned.

EVIDENCE #6: THE DISCIPLES’ LIVES – AND DEATHS
The strongest evidence of all for the resurrection of Jesus from the dead is the way those early Christians lived – and died. We must ask ourselves: What caused them to go everywhere telling the message of the risen Christ?

Had there been any visible benefits gained by them from their efforts – prestige, wealth, increased social status or material benefits – we might logically attempt to account for their actions, for their whole-hearted and total allegiance to this “risen Christ.”

Instead, those early Christians were:

Every conceivable method was used to stop them from talking. 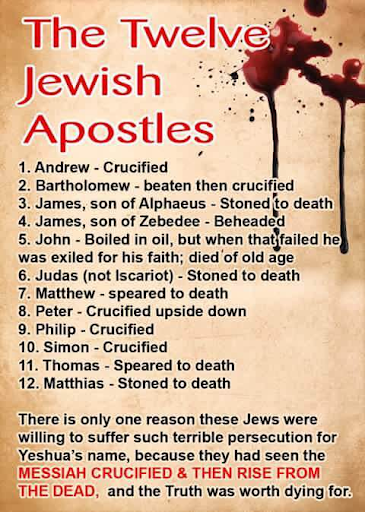 Yet, they laid down their lives as the ultimate proof of their complete confidence in the truth of their message:

Jesus died and rose from the dead.

He is the man who came out of that tomb!

Postscript to my Muslim friends: how do you evaluate these evidences for the empty tomb – for the resurrection of Jesus from the dead?

I am respectfully assuming you will answer that the Bible has been corrupted and changed.

If so, may I humbly ask you:

As always, I love you, my Muslim friends.

I really, really do. 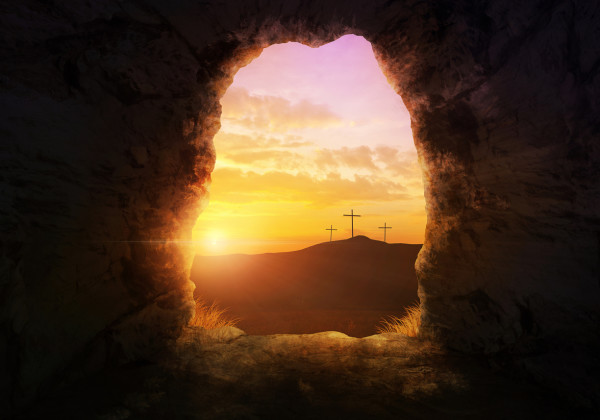