A Prayer Today For Syrian Refugees

A Prayer Today For Syrian Refugees

Tragically, the situation in Syria remains hidden to the consciousness of the average American. Perhaps it is because in the U.S. we are in the last 2 months of a Presidential campaign that some say will affect the U.S. for a generation. On a daily basis, cable news pundits in America talk incessantly about Obama and Romney and “Are you better off than you were four years ago?” while many in Syria are in daily danger of losing their lives!

Aljazeera English (Sept. 9, 2012) reports on the growing crisis in Syria – particularly the number of people fleeing and becoming refugees in neighboring countries:

“As Syrian President Bashar al-Assad’s forces step up their battle with opposition rebels, without much regard for civilian casualties, the number of people fleeing Syria has grown sharply in recent days. This has raised the alarm on a deepening humanitarian crisis.”

A total of over 246,000 Syrians have now fled their homeland:

“It is very serious, 100,000 … fled in the month of August alone so the numbers have just spiralled. And these are people coming across in very very vulnerable situations, some of them injured, all of them traumatised. [It is] very very difficult for the receiving countries to take such a huge sudden influx and accomodate them. So they are doing the best they can but they need a lot of help” (Melissa Fleming, chief spokesperson for United Nations High Commission for Refugees).

Al Jazeera’s correspondent Jane Arraf, reported from the Jordanian-Syrian border: “A lot of refugees are too afraid of Syrian security forces to travel in daylight. they set out in the dark, going through back roads and farmlands, some of them walking for days.”

And in just a matter of weeks, the temperature will drop and the winter will make the situation even worse” (end of Aljazeera English article quoted here).

And so I ask, “What will happen to the children in the tent camps?” 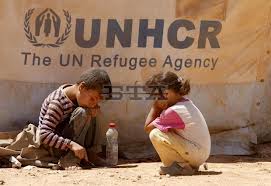 The crisis in Syria continues on and on and I am numbed to it by report after report – like this one from Aljazeera – of casualties. A part of me wants to forget about it because I feel helpless to do anything about it.

You alone are Almighty God. There is no one like You. You are totally good and totally powerful. You are all knowing and everywhere present. I know that you hear us when we come to you with sincere and humble hearts.

Today I pray for the people of Syria – a people that You dearly love. Almighty God, it horrifies me to think of the people there who die every day. So many have been slaughtered and tortured. So many are displaced and fleeing to neighboring countries. It grieves me to think of the innocent children who suffer. At times I confess that my heart feels hopeless for the situation and people of Syria.

But Father, I do come to You. Where else can we turn? You rule and reign over the affairs of the earth. And so. . .I trust You. I trust you even though I do not understand the situation in Syria – the suffering, the oppression, the hatred, and the political and religious fighting that is going on.

Almighty God in Heaven, I know that You hear our prayers and delight in answering them. I thank You that You truly care about the poor, the oppressed, the widows and the orphans.

These are my requests for the refugees of Syria:

+++ I ask that the current Syrian regime that seems to have no regard for human life or justice or mercy will be brought down and that a new government will take its place and rule with care and compassion for all.
+++ I pray that extremist movements like Al Qaeda will not take the place of the current government when it falls but that You would raise up leaders who truly honor You and care about the people of Syria – all the people.
+++ May the leaders of the free world know their place in intervention – militarily and in humanitarian ways.
+++ Until these things happen, please direct the Sryian refugees to the places and people of neighboring countries who love and serve You and will love and serve them.
+++ Give the refugees strength and protection in their flight to freedom and safety.
+++ Let them be treated with dignity. Let them not be forgotten or despised or thought of as just a drain on the economies of their new host countries.
+++ Please provide for their basic needs of food and shelter as winter approaches.
+++ Please provide proper medical care for all and proper education for the children.
+++ May families who have been separated be reunited.
+++ May those who have been physically and mentally wounded through fighting and torture be healed in body, soul, and mind.
+++ Let those who flee call upon You for help and salvation. In their hardship, let them not be embittered against You but cause them to seek You all the more.
+++ Give wisdom to the governments and relief agencies in Jordan, Turkey, Lebanon, and Iraq. 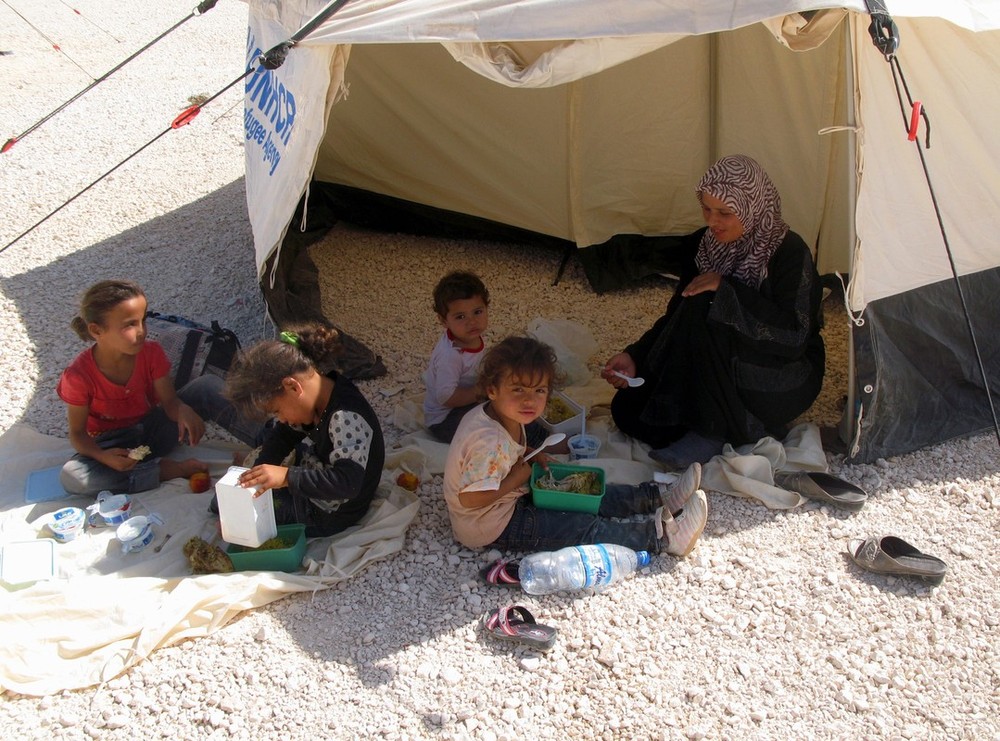 Finally, Almighty God, forgive me for the complacency – the lack of urgency in my heart – to pray for the Syrian people – especially the refugees – every day. May that change. . .beginning today.