The Most Beautiful Mosque I Have Ever Seen

The Most Beautiful Mosque I Have Ever Seen

People told me I had to see it.

I saw it in the distance and marveled.

As I approached it in my taxi and got out, I couldn’t stop taking pictures of it.

The white marble glistened in the sunlight. As I climbed the steps and stood in the courtyard, it was dazzling. Literally blinding.

In this blog post, I just want to show you a few pictures of this mosque – the Sheikh Zayed Grand Mosque in Abu Dhabi – one the world’s largest mosques. It was initiated by the late President of the United Arab Emirates (UAE), Sheikh Zayed bin Sultan Al Nahyan.

The Sheikh Zayed Grand Mosque is reported to have a capacity for an astonishing 41,000 worshippers. It features 82 domes, over 1,000 columns, 24 carat gold gilded chandeliers, and the world’s largest hand knotted carpet. The main prayer hall is dominated by one of the world’s largest chandeliers – weighing twelve tons.

Here are a few of my pictures below. I hope you can gain just a little bit of an idea of the beauty of this mosque. 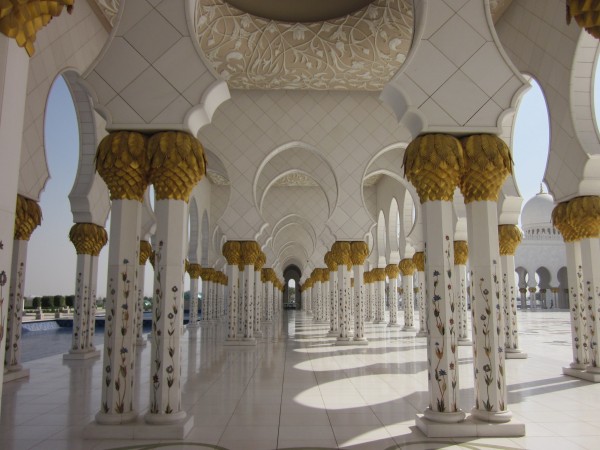 The courtyard is considered to be the largest example of marble mosaic in the world: 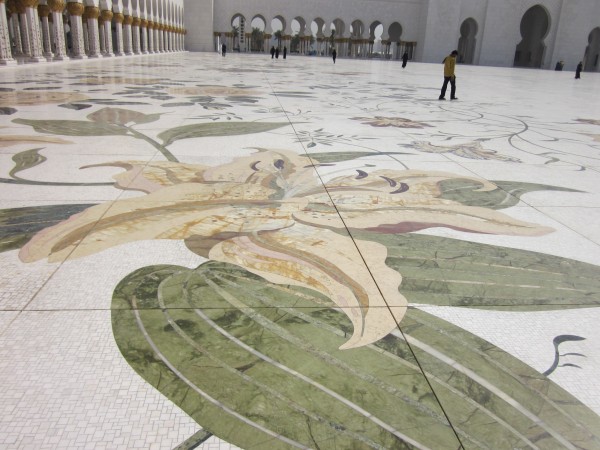 The prayer room was enormous: 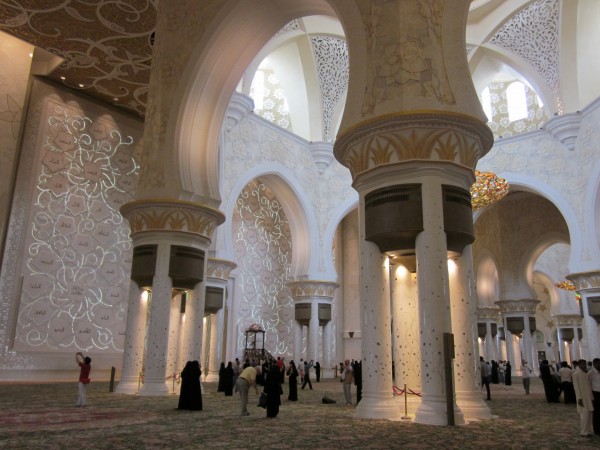 The 99 names of God are featured on the Qibla wall in traditional calligraphy and features fibre-optic lighting: 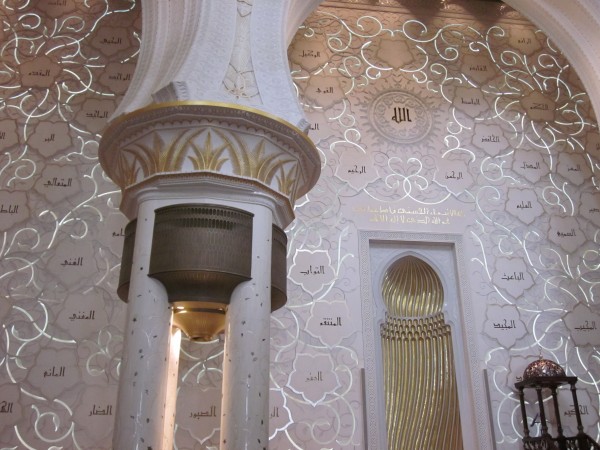 I love Muslims and I love visiting mosques wherever I go.

But nothing compared to this mosque.

It truly was the most beautiful mosque I have ever seen.

(Postscript: there is something more beautiful than this mosque. Something more lasting. More important. I talked to my guide at this mosque about it and in the next post, we shall explore it.)