What religious “team” are you part of?

My Muslim friends: are you on the Sunni team?
What school of thought or jurisprudence do you follow? Hanafi, Maliki, Shafi`i, Hanbali, Ẓahiri?
What school of theology do you believe in? Athari, Kalam, Ash’ari, Maturidi, Murji’ah, Mu’tazili?
Are you part of any of the movements? The Salafi (Wahhabi) movement, The Al-Ikhwan Al-Muslimun (Muslim Brotherhood), or Jamaat-e-Islami of the Indian subcontinent?

Are you on the Shia team?
Which branch? Twelver, Ismaili, or Zaidi?
Which sub-division of Twelver? Usulism, Akhbarism, or Shaykhism?
Which branch of Ismaili? Nizari, Mustaali, Dawoodi Bohra, Sulaimani Bohra, etc.?
Are you Alawi?

Are you part of the Suffi team? Singing, dancing, the mystical. Attempting to experience God. Is that your “team?”

What about the Druze team?

And you, my Christian readers: are you Catholic or Protestant or Orthodox?
Are you Baptist, Lutheran, Methodist, Presbyterian, Episcopalian, Assembly of God, Church of Christ, Church of God, Church of God in Christ?
Christians, are you non-denominational, fundamentalist, independent, evangelical, charismatic, pentecostal, reformed, arminian?
Are you pre-trib, mid-trib, or post-trib rapture? Premillennial, postmillennial, or amillennial? Paedobaptism or believer’s baptism? Infralapsarianism or supralapsarianism or neither? Transubstantiation or consubstantiation or neither?

There are so many religious “teams” out there! I won’t speak for or criticize anyone else, but for me as someone who grew up in the Christian tradition, it’s kind of. . .well. . .it seems kind of ridiculous, doesn’t it? 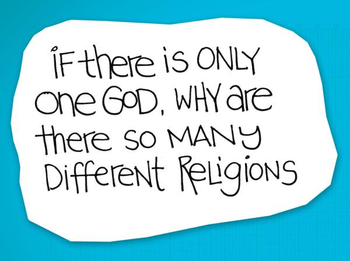 But maybe there is something more ridiculous.

How did it make you feel? Uncomfortable? Nervous? Insecure? Frustrated? Defensive? Angry?

Did they preach at you, never letting you answer or express yourself or ask questions of your own?

It doesn’t feel good, does it?

So I wonder. I wonder if all this effort so many of us make in trying to get people onto our religious “team” is what God wants.

I mean really, what does God want?

What if God just wants everyone on His team? Maybe we could call His team what author Carl Medearis calls it: “Team Jesus.” 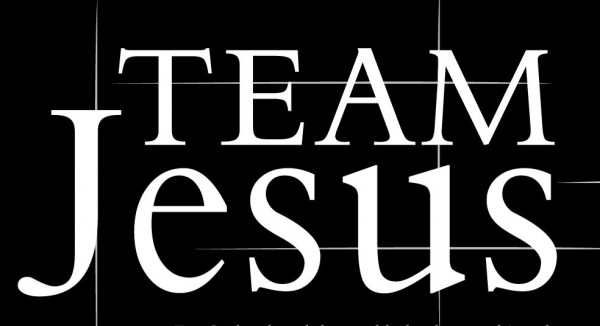 I have an old Denver Bronco football jersey – a nice authentic one, and rather expensive at the time. I actually bought it in about 1980. It is bright orange with white lettering and numbers. I remember that I wanted to wear it to let people know what “team” I was on. On the back of the jersey above the number is a name – actually, a very special name. The name I chose to put on that old jersey over 30 years ago was. . .Jesus.

I could have chosen another word for my religious “team” like Christian or Protestant or Presbyterian or reformed or charismatic.

But that’s not who I ultimately wanted to be identified with.

No, I wanted then – and I want now – to be known as a lover and follower of Jesus.

I don’t know what “team” you are on but I can tell you this:

I am not trying to get you to put on a jersey which says “Team Christian.”

I just want to be on “Team Jesus.”

Because on the Judgment Day, that is the only “jersey” I want to be wearing in front of Almighty God.

“Behold! the angels said: ‘O Mary! Allah giveth thee glad tidings of a Word from Him: his name will be Christ Jesus, the son of Mary, held in honour in this world and the Hereafter and of (the company of) those nearest to Allah. . .'” (The Qur’an, Âl ‘Imrân – The Family Of ‘Imran, 3:45)

“Behold! Allah said: ‘O Jesus! I will take thee and raise thee to Myself and clear thee (of the falsehoods) of those who blaspheme; I will make those who follow thee superior to those who reject faith, to the Day of Resurrection. . .'” (The Qur’an, Âl ‘Imrân – The Family Of ‘Imran, 3:55)