As we all know, 21 Coptic Christians from Egypt were recently beheaded by ISIS. Here is a short excerpt from an interview (see video above) of the brother of two of the martyrs who says,

“The Bible tells us to love our enemies and bless those who curse us,” says Beshir Kamel, the brother of martyrs Bishoy Kamel (25 years old) and Samuel Kamel (23 years old).

The TV host asks Beshir:
“I want to ask you a question on your faith. . .Would you get upset or someone from your family get upset, if we ask for forgiveness to those who killed your brothers?”

Beshir responds:
“Today I was having a chat with my mother, asking her what she would do if she saw one of the ISIS members on the street. . .She said she would invite him home because he helped us enter the kingdom of heaven . . .”

“I asked her, ‘What will you do if you see those ISIS members passing on the street, and I told you that’s the man who slayed your son?‘”

“She said, ‘I will ask for God to open his eyes and ask him into our house, because he helped us enter the kingdom of God!‘”

Beshir Kamel concludes his T.V. interview with a prayer:

“Dear God please open their (ISIS) eyes to be saved and to quit their ignorance and the wrong teachings they were taught.”

The mother of Kyrillos (Cyrus), another of the 21 Coptic Christians recently beheaded by the Islamic State in Libya, said in a recent interview that she also forgives the ISIS murderers of her son.

Said the mother of the 22-year-old martyr — one of the many Copts who testified the name of Christ seconds before their heads were cruelly cut off: “My son is with his Lord. He wasn’t kidnapped. They always told me ‘your son has been kidnapped,’ but I said, ‘No, he is with the Lord.’”

When asked if she had any message for her son’s executioners, she said:

“May God forgive the killers. We don’t have hatred towards them. This is Christianity. God forgives the sinners. So shall we.”

Those are the words of Fifi Shehata, whose father Maged was one of the 21 Coptic Christians beheaded by ISIS. 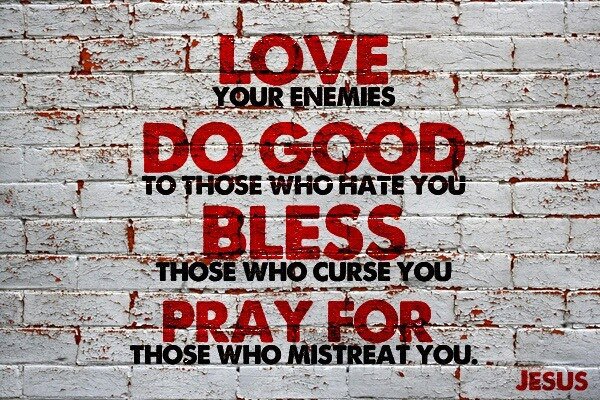