Islam & Christianity: Is There Just A “Thin Line” Between Us?

Islam & Christianity: Is There Just A “Thin Line” Between Us?

“How Thin Is The Line Between Islam & Christianity?”

Moustapha Akkad’s 1977 movie, “The Message,” tells of an early event in the history of Islam – known as the First Hegira (migration). In this migration, Muslims fled to Abyssinia (modern day Ethiopia and Eritrea) to find refuge. 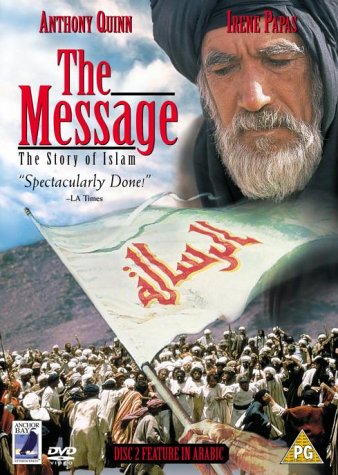 Muhammad’s followers sought protection in eastern Africa because of persecution against him and his followers in Mecca from the ruling Quraysh tribe of Mecca. These early Muslims were reportedly boycotted and several of them were restrained in their homes. Some were stoned. Because of this, Muhammad ordered Ja’far ibn Abi Talib to take some of his followers – perhaps about 80 people, not counting small children – and emigrate to Abyssinia in 615 CE. Apparently, they did not all go at the same time but in small groups.

When the persecutors – the Quraish – got wind of this group’s plans, they sent a search party to forcibly bring this group back to Arabia. The group evaded them and made their way to Abyssinia. The Quraysh then sent Amr ibn al ‘Aas, a friend of the Abyssinian King, as an envoy to convince him not to give refuge to the fleeing Muslims.

When Amr requested that the “rebels” be returned, the Negus (meaning King or Monarch) – Ashama ibn Abjar – is said to have replied, “I cannot put souls into chains without first hearing them.” They were then taken before the king – supposedly a Christian – and his religious leaders to see if he would allow them to stay in peace, or give them up to be taken back to Mecca. The Muslims were called before King Negus and this is one report of their defense before him through Ja’far:

The King to Ja’far: “Speak to me of Christ!”

Ja’far: “We say of Christ what our Prophet has taught us. That God cast his holy spirit into the womb of a virgin named Mary. And that she conceived Christ, the apostle of God. . . .”

Ja’far: “In the name of God, Most Gracious, Most Merciful. Relate in the book the story of Mary. How she withdrew from her family to a place in the east. How we sent to her our angel Gabriel who said, ‘I am a messenger from your God. To announce the birth of a Holy Son to you.‘” She said, “How can I, Mary, have a son when no man has touched me?” And Gabriel replied, “For your lord says it will happen. We appoint him as a sign unto man. And a mercy from us. It is a thing ordained.”

The King drew a thin line in the sand with his staff and said to Ja’far and the Muslims: “The difference between us and you, is no thicker than this line.”

“Not for a mountain of gold will I give you up. You may live in Abyssinia in peace for as long as you wish. And may God’s blessings be upon you on your return.”

My dear Muslim and Christian friends, what do you think?

Is there just a “thin line” between us in what we believe and how we practice our respective religions?

Are the theological differences between us “insignificant” as some believe?

Are the differences “simply a matter of semantics”?

Should we only focus on our “similarities” – what we have in common – as some people like to say?

Or. . .if we truly value friendship and a deeper level/depth of relationship, can we talk honestly and respectively about our differences?

I submit to you the latter.

I submit to you that when Muslims and Christians take the time to listen to one another and build a strong relationship, they can talk peacefully about their differences – even real, significant differences.

I submit to you that while we have many things in common in what we believe as Muslims and Christians, we also have some huge, huge differences – especially about the way to Paradise.

Let’s talk about those differences.

Let’s not sweep them under the rug.