Muslims and Christians: Is There Just A Little Difference Between Us In What We Believe?

Muslims and Christians: Is There Just A Little Difference Between Us In What We Believe?

I have been so blessed to visit mosques in cities all over America:

I always receive a warm reception in these mosques. Last summer, I visited a mosque in Michigan that was predominately made up of people from Bangladesh. I greatly enjoyed meeting the imam, his wife, his son, and his daughters. They were so kind and hospitable to me and to the Christian group I was with – yet another warm reception. We had a wonderful conversation outside the mosque before the prayer time about the great work this man and his congregation are doing to improve their community.

After our conversation, our group went inside the small mosque and observed the prayer time. The imam then shared with us about the five pillars of Islam and other Muslim beliefs and practices. We were listening to his presentation when his adult daughter spoke up and said something I’ve heard so many times from Muslims virtually everywhere I travel:

“There really isn’t much difference at all between Islam and Christianity – between what Muslims believe and what Christians believe.”

I really liked this imam and his daughter a lot. As I said before, they were both so kind. And as this young lady spoke, she had such a gentle, sweet look on her face. I debated briefly in my mind: “Do I contradict her in her place of worship? Or do I let it go?”

I chose to do the former.

I said to this young lady – and to the rest of the Muslims who were present,
“We can say that there is really just a little difference between what Muslims and Christians believe but. . .would that really be honest of us? Would that really be truthful?”

I went on to say,
“If we build a strong bridge of friendship, we can be honest enough to talk about – not just the similarities in our religions (and we truly have them) – but also, the differences. We have real. . .significant. . .differences.

“We have differences in who Isa – Jesus – is: is he a great Prophet or is he the (spiritual) Son of God?

“We have differences in Jesus and the cross: did Allah take Jesus to Paradise and put someone else looking like him on the cross or did Jesus really die on the cross for all our sins?

“We have differences in how we get to Paradise: do we get there by our good deeds outweighing our bad deeds or is Paradise a free gift received by faith alone?

“Let’s not deny these differences. Let’s talk about them! With respect. With love.”

Dear Muslim and Christian readers, I want to say the same things to you: let’s not be afraid of offending each other. Let’s really get to know each other. Listen to each other. Love each other. And yes, let’s talk about the similarities AND the differences in what we believe.

Let’s speak what we each believe to be truth – but speak it with love.

To do anything less would not only be dishonest, it would dishonor our faiths. . . 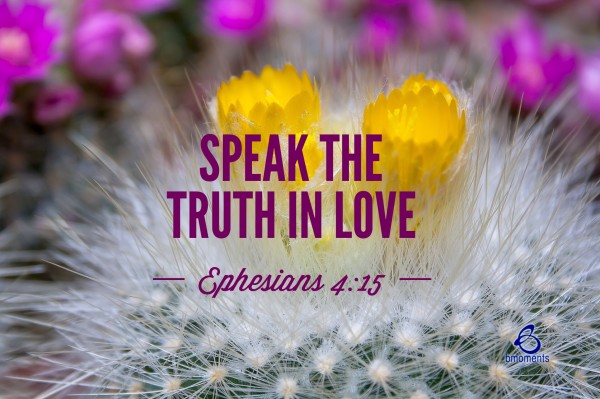