The Honest Muslim Panelist: “Let’s Not Pretend That Our Differences (Between Muslims & Christians) Don’t Really Matter”

The Honest Muslim Panelist: “Let’s Not Pretend That Our Differences (Between Muslims & Christians) Don’t Really Matter”

I was having lunch in a great Middle Eastern restaurant a few weeks ago with a new pastor in our area. We began to talk about Christianity and Islam. We talked about the efforts of some churches and well-meaning Christians to have “interfaith” meetings which go to great lengths to totally ignore the differences between our faiths. They almost meld them together into some kind of “Chris-lam” in an effort to somehow be tolerant. Politically correct. Inclusive. And by their definition, “loving.”

My pastor friend related a different perspective in this story below which I hope Muslim and Christian readers will find both informative and thought provoking.

“Several years ago my wife and I were attending an interfaith panel at _________ University. _________ is known as a politically, culturally, and socially progressive/liberal university community and almost all of the panelists reflected that basic mentality. There was a humanist chaplain from an Ivy League school, an Episcopalian bishop, a Reformed Jewish thinker, and several others who generally believed that the purpose of interfaith dialogue was for different faith traditions to see that we are basically all the same, save for a few small insignificant differences.

“However, one panelist came from a completely different perspective. He was a Muslim thinker from Chicago who was part of an interfaith group in that metro city. At one point in the panel discussion, he said,

“‘My best friend is a Southern Baptist pastor who tells me I am going to hell. But he’s my best friend because I know he loves me. He loves me enough to tell me what he really believes and not to pretend that our differences don’t really matter. In fact, to pretend that we do not have real differences actually diminishes the integrity of both of our faiths. So he is a committed Christian and that means that he thinks I am wrong. And I am a committed Muslim and that means that I think he is wrong. But we still love each other and acknowledging those differences is one of the ways that we show our respect for one another and our respective faiths. And that’s what gives us the ability to have real substantive discussions.’

“The whole place was just frozen in silence. It was a like an earthquake just happened in their heavy-handed culture of tolerance and “everyone has their own truth” and “we’re all right because we’re all basically the same.” And actually it captured in such a profound way that pretending we’re all basically the same is actually not tolerant at all because it does violence to the distinctiveness of all traditions and insists they all be like each other. It says Muslims aren’t allowed to be distinctively Muslim and Christians aren’t allowed to be distinctively Christian. But actually true tolerance, true respect, true love is honestly acknowledging the differences and loving one another in the midst of those differences.”

I would love to meet this Muslim panelist.

I love his honesty. 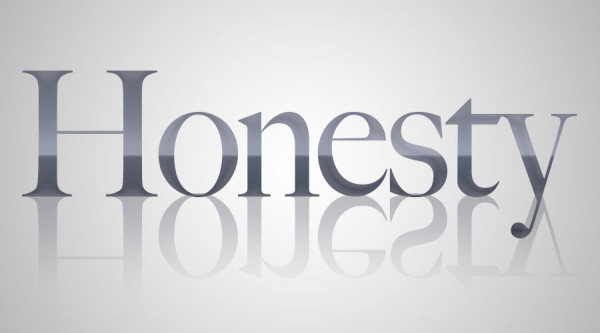